Japan’s Hayabusa2 spacecraft reached the asteroid Ryugu last year and has more recently shot a 5-gram projectile at the asteroid, to retrieve some surface samples. This near-Earth asteroid is approximately 1 kilometer in width, which is far too small to see it 350 million km here on Earth. Thanks to the samples collected on Ryugu’s surface, we will learn more about this oddly-shaped asteroid. 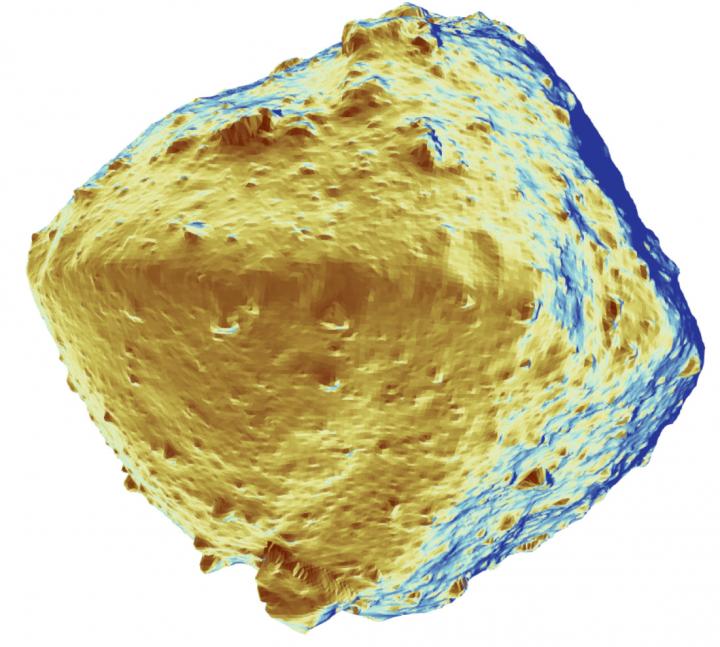 According to Science magazine, these newly-collected samples will give us a glimpse into the evolution of this ancient and bizarre asteroid. From what we know so far, it’s likely that Ryugu somehow traveled from the big asteroid belt between Mars and Jupiter, then taking a trip near the sun, until finally getting comfortable not too far from the Earth.

Ryugu is an unusual asteroid upon first glance. It looks a bit like the infamous “Death Star” in Star Trek, which the moon Mimas is actually a spitting image of. It also resembles the moon Iapetus, given the strange ridge that goes around the entire moon, as if it were two parts put together.

There are areas of Ryugu that are more red, while others are more blue, the reason for which may be similar to that of a recent Martian crater. On Ryugu, the areas by the equator and poles look bluer, while areas in between look redder in color.

The shooting of a projectile into the asteroid from about a meter away gives some insight as to the different colors. The spacecraft’s thrusters exposed dark red pebbles and grains. 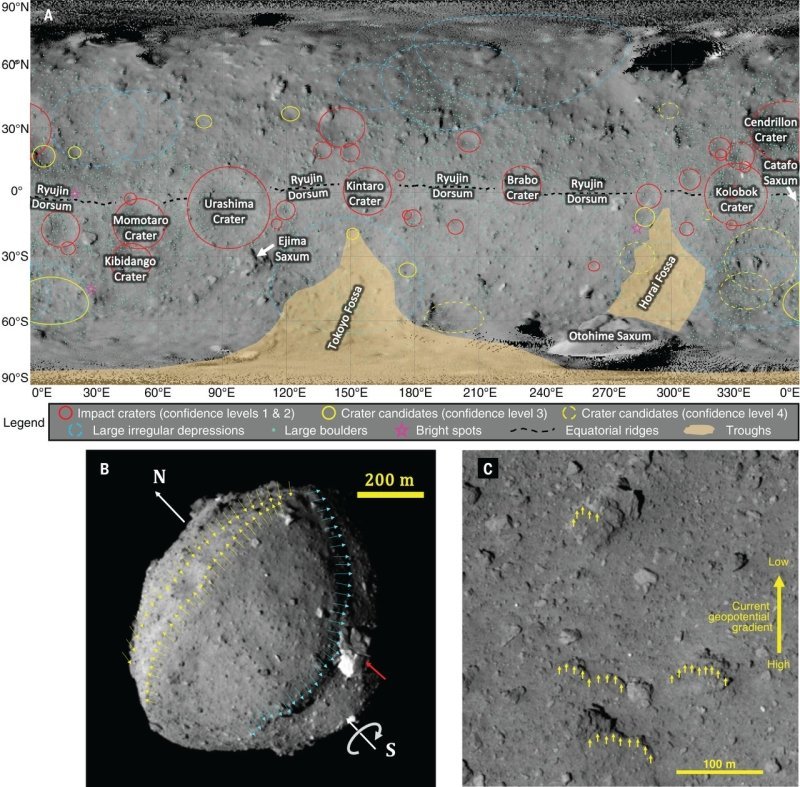 After analyzing the colors on the asteroid’s surface, the Hayabusa2 team came to the conclusion that it used to hang out closer to the sun than it does now. All that red on its surface is likely from the heat exposure only the sun could naturally provide. Estimates for when this could have occurred range from 8 million years ago to just 300,000 years in the past. The age of Ryugu itself is not thought to be older than 17 million year, which is far younger than what astronomers consider to be the age of the Asteroid Belt.

Ryugu is made out of fragile and porous material, according to initial analysis of the impact created to retrieve samples. Also, the crater caused by the tiny tennis ball-sized projectile, was 7x the size it would have been on Earth, at 2.3 meters in depth. This is what indicated to scientists that the asteroid is not as dense as a place like Earth.

While the Hayabusa 2 spacecraft was launched in 2014 and just arrived to Ryugu two years ago, it will come speeding towards Earth later this year. While it’s flying past us, it will drop the scooped up samples from Ryugu into the atmosphere, to be collected and analyzed. Will we find out more about the mysterious geometric shape of this asteroid soon? Perhaps. However, for now, we can let our imaginations run wild as to the possibilities of secrets still left uncovered. 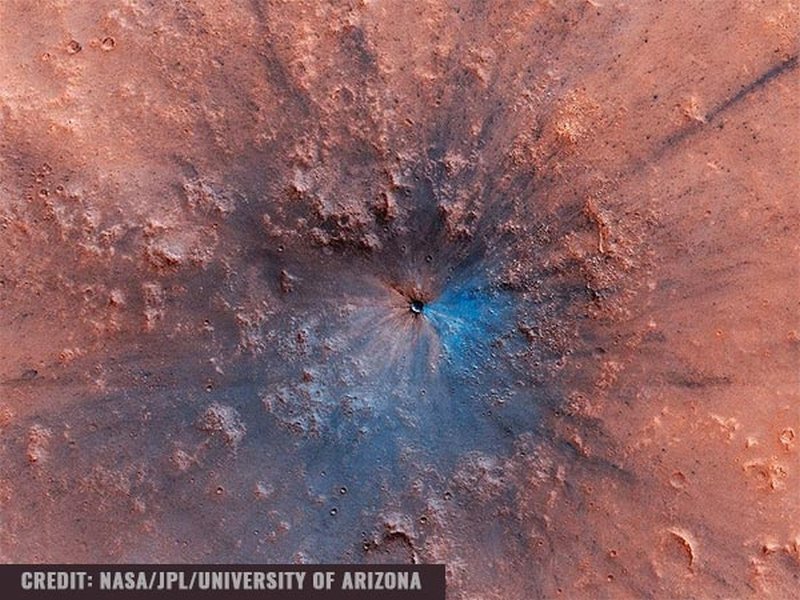 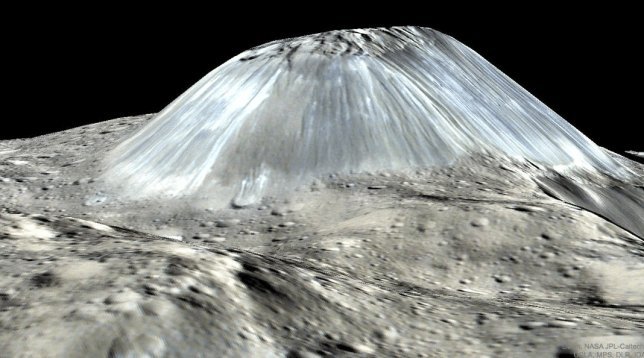