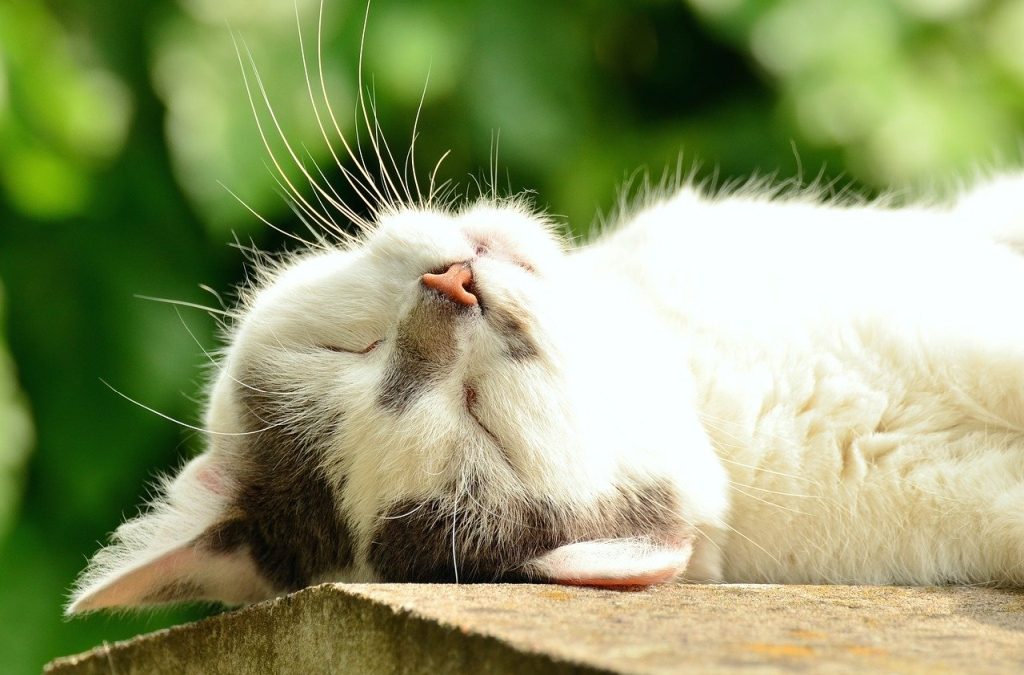 Cats are usually calm creatures, yet sometimes they get, well, catty. Researchers looked into how music effects cats and how it can calm them down when they go to the  vet. They discovered specific music for cats that was incredibly effective at relaxing cats.

A trip to the vet is never one a cat looks forward to. However, other than having a resident nurse cat to relax other furry felines, there is relaxing cat music that can do just as good of a job.

According to a new study done by Louisiana State University, specific types of music have the power to relax even the most anxious of cats. Researchers found that cats were still responsive to the calming music even under general anesthesia. The more calming the music, the more relaxed the cats would get. When they were exposed to pop or metal, the cats became anxious again.

This new study looked at music created for cats. Let’s take a moment to appreciate that there is music being made that is specifically designed for cats!

Cat music is the kind where there are melodies that are based on “affiliative vocalizations” as well as rewarding sounds. The melodies are able to calm down an agitated kitten or cat.

The premise of music designed for calming cats came from looking at brains of kittens just after birth. Scientists looked at the emotional centers as they developed. They noticed that there were purring and suckling sounds that cats exhibited during their developmental stage. The most calming cat music took these sounds and layered them into tempos and frequencies that were used by cats. This created the perfect cat music.

In the study, 20 cats were looked at to see their responses to the music. There was a 20-minute musical piece by David Teie called Scooter Bere’s Aria. Another type of music played was classical. There was also some experimentation done where no music at all was played.

What you will hear below is the 20 minutes that not only makes cats calm, but it may make you calmer as well.

The research ended up finding that cats became less stressed after listening to it, when getting examined in a vet-like environment. This special cat music was more effective than classical music and no music at all.

Cat stress scores were low across the board when the music for cats was put on. This led the researchers to conclude that cats respond to music made specifically for them but more than music made for humans. The same could not be said for classical music or simple silence. Thanks to these findings, veterinary clinics across the country are now looking into playing special music made for cats during vet visits for our furry feline friends.

If you have had trouble calming your cats before, now you know a way that is bound to work, thanks to all those layered purring and suckling sounds. Who knows, you may end up feeling more relaxed as well!

I'm an active uplifter that wants to show off the bright side of humanity.

Scientists Have Just Discovered How to Extend Lifespan to 500 Years

Get uplifting news worth sharing delivered to your inbox